So I admit that the decision to take a break from blogging was quite a quick decision and I wasn’t sure if the break would tell me to stop blogging altogether or help me sort out the problems I was having (with blogging).

Because I’ve figured it out and I’m back with renewed energy and some pretty darn good posts on the way! (Including a great giveaway starting on Monday).

Whilst the sun barely shon and the temperature hit 30 twice, the summer was busy. I finished for my summer break by telling you about the 33 things that were taking over my life.  I think we are down to about 25 things – I have green beans and runner beans for breakfast, lunch and dinner, but some of the vegetables have had their day and are finished.

Of course, I’m a London gal and the Olympics seemed to make everyone proud of their country and city and I couldn’t have been prouder of my home town.  I made a few trips into town beforehand and the bunting strung from nearly every lampost and the atmosphere all around was heartwarming.  Whilst we didn’t go to the Olympics we have got tights for the Paralympic swimming on the 7th and I’m very excited.

(1) The Gloriana travelling along the Thames at Barnes with the Olympic Torch; (2) Tower Bridge proudly displaying the Olympic rings; (3) Mum and I went into Richmond Park for the cycling event, crowds built up very quickly; (4) Runner Beans growing at the allotment; (5) The allotment looking from the compost to the shed; (6) Honeycombe & Chocolate Vienetta following a trip to Norwich.

You’ll be pleased to see that I kept to only a few photos, Tower Bridge especially had lots of photos taken of it as I saw it open (which I’d never seen before).  The boat coming through the bridge had Rule Britannia playing which must be the most patriotic thing I’ve ever witnessed.

How was your summer?

Last Sunday as we were leaving the allotment after a couple of hours of weeding, and building, and planting, we made a list of what we are currently growing. Want to know what that list reads like?

At home we are also growing more tomatoes and leeks. I am proud of this list. I cannot wait to eat all the produce that we are growing, and to make jam and share these foods with friends. I wake up thinking about the allotment and garden and go to bed with further plans of how we can make it better.

I have come to the decision that to fully enjoy summer and all the other things going on beside the vegetables, I am going to take a blogging vacation. I’ll be back on the 1st September when I will hopefully be renewed and afresh!

Have a great summer!

This week has been a strange one.  I took last Friday off from work and then Monday and Tuesday were Bank Holidays so it was hard to keep track with what day it was at any given time.

A couple of things stand out for me (apart from the Jubilee).  Great Thai in Wardour Street at Busabi Eathai:

And a very quiet walk in Richmond Park with Violet scouting around trying to find a squirrel for her lunch.  (Which of course, she didn’t catch!) 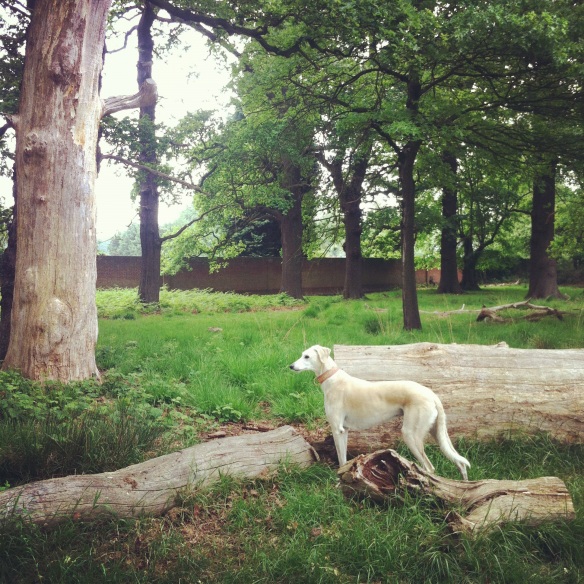 And I posted twice this week and they can be found here and here.  How has your week been?

A few weeks back I posted photos of my kitchen and I had such a positive response (thank you).  I love looking around other people’s homes, whether in person or on the internet.  I like seeing how people work in their kitchen and how they organise their cupboards and deal with saucepans and baking trays.

Brette, Founder of Martha Mondays was kind enough to share photos with me of her lovely kitchen and I hope you like them and are inspired by them as much as I am.

We re-did our kitchen about seven years ago and I still love it.  The tiles are glass, the counters are Corian, the floors are blue and the ceiling is faux tin.

This is the window about my sink.  On the shelf is my grandmother’s wooden rolling pin and a photo of my other grandmother with some baked goods she made.  I think of them both as my kitchen inspirations in many ways.

This is the counter where I do most of my work.  It’s between the sink and stove and there are lots of outlets for mixers.

This is the other side of the sink.  It’s my second workspace, but dirty dishes and pots usually end up here.  The food precessor is here and I use that a lot! 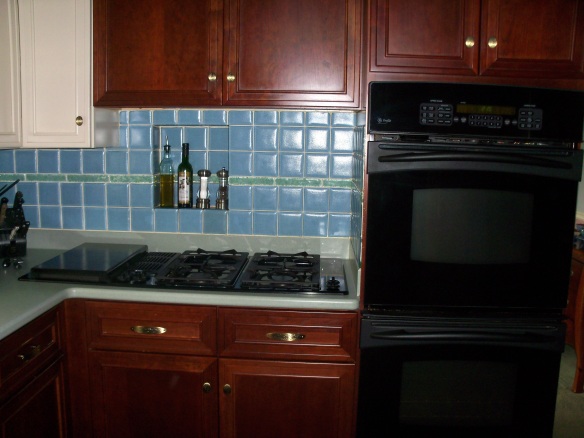 This shows my double ovens and stovetop.  One oven has convection which I don’t use that often but do like having it available.

This is my collection of cookbooks.  My big stand mixer is all the way to the right.  I rarely use it though because I have to pick it up and carry it across the kitchen to the counter I work on.

My embarassing baking drawer (yes, I really did write a book on kitchen organizing!)

I had never heard of (or seen) a faux tin ceiling but I like it alot.  There is something quite industrial about it, but in Brette’s kitchen it also looks homely.  And the little alcove for olive oil above the cooker is such a clever idea, almost hidden until you look carefully.

And I am certainly moving my baking trays from a horizontal mess (where they all collapse because I always need the tray at the bottom!) to them standing vertically.

I will confess too, that I have yet to show my baking box and cutlery drawers and they are completely like Brette’s drawer above (I take heart in that!)

I am so pleased that Brette showed her photos of her kitchen here.  And I love the idea of thinking about her in her kitchen when we are both cooking the same recipe for Martha Mondays!  Thanks Brette.

As well as being the founder of Martha Mondays, a group which I love being part of, Brette has written quite a lot of cookbooks (including a great one on cooking with parchment paper – no mess or fuss) and has a wonderful no-holds barred blog.

If anyone else fancies showing photos of their kitchen then please leave me a comment.

I love comments and your thoughts. Get in touch with me via the blog or at: perfectingpru@hotmail.co.uk ~ Pru 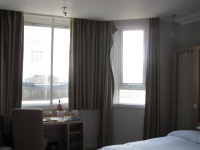 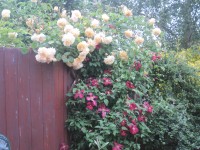